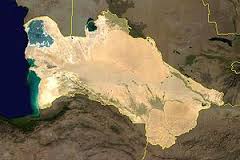 Expressing gratitude for the opportunity of a personal meeting, the high-ranking guest conveyed the heartfelt greetings to the leader of Turkmenistan on behalf of Secretary-General of the United Nations Ban Ki-moon, who expressed the wishes for the wellbeing and prosperity to the Turkmen people. It was noted that ESCAP and the United Nations in general viewed Turkmenistan as a reliable and responsible partner and welcomed the constructive foreign policy strategy of our country based on the status of neutrality, standing as an important factor in strengthening peace and stability in the regional and global dimensions.

Greeting the guest, President Gurbanguly Berdimuhamedov expressed his best wishes to the Secretary-General of the United Nations and emphasized that consistently implementing the strategy of positive neutrality, Turkmenistan advocated establishing broad international cooperation to ensure global peace, security and sustainable development. The President of Turkmenistan noted with satisfaction the fruitful and strategic nature of partnership between our country and the United Nations as vividly evidenced by effective collaboration with the major specialized agencies and structures of the United Nations, including the United Nations Economic and Social Commission for Asia and the Pacific that has the profound multifaceted potential.

The Turkmen leader and the guest discussed a wide range of aspects of fruitful cooperation within ESCAP and the prospects for promoting it in the promising areas, such as the achievement of the Sustainable Development Goals, among others. The promising areas of cooperation also include the transport and energy sectors. In this regard, emphasis was placed on the importance of the constructive initiatives put forward by President Gurbanguly Berdimuhamedov from the rostrum of the UN General Assembly and other major forums to enhance mutually beneficial international partnership in these sectors.

Time has proved that these proposals are needed for, since the transport and energy sectors rank among the key segments of the global economy as well as the inherent factors of global sustainable development directly affecting the stability and balance of world economic relations. By initiating and implementing major investment projects jointly with foreign partners, Turkmenistan is making a significant contribution to the development of an extensive combined transit transport network and diversified pipeline infrastructure to ensure reliable energy transit on regional and global scale.

As is known, Ashgabat hosted the international conference on transport and communications cooperation, organized by our country together with a number of authoritative international organisations and structures, including ESCAP, in September 2014. The key elements of the outcome document of this high-level forum – the Ashgabat Declaration – are reflected in the provisions of the relevant Resolution, adopted by the UN General Assembly at the initiative of the Turkmen side in December of the same year.

It should also be noted that the initiatives of President of Turkmenistan Gurbanguly Berdimuhamedov aimed at building the modern architecture of global energy security have received substantial support from the world community as illustrated by the adoption of the Resolution on Reliable and Stable Transit of Energy and Its Role in Ensuring Sustainable Development and International Cooperation by the United Nations General Assembly twice – in 2008 and 2013 at the initiative of our country. In December 2015, the United Nations General Assembly adopted for the second time the resolution on transport issues presented by Turkmenistan.

In this context, it was noted that major infrastructure projects implemented in Turkmenistan, including in the transport and energy sectors, laid the reliable groundwork for the progressive social and economic development of the state as well as opened up ample opportunities to intensify effective international partnership in the entire spectrum.

The Turkmen leader emphasized that Turkmenistan attached great importance to the dialogue with the United Nations and its leading agencies and intended to continue to fully build up constructive cooperation, take an active part in addressing the challenges of the modern world and contribute to strengthening regional and global cooperation meeting the objectives of global wellbeing and prosperity.

In conclusion, President Gurbanguly Berdimuhamedov and Under-Secretary-General of the United Nations and Executive Secretary of the Economic and Social Commission for Asia and the Pacific (ESCAP) Shamshad Akhtar expressed belief that traditional Turkmenistan-ESCAP partnership would continue to develop successfully and be filled with new content.